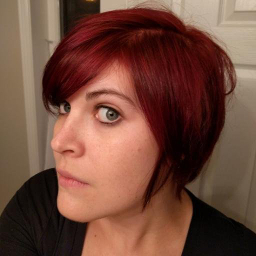 I'm Kae and I'm a software developer and jack of all trades currently in the middle of a quarter life retirement. I used to be at Shopify working on the Virtual/Augmented/Mixed Reality team linking commerce to the many worlds of XR. I graduated from the University of Ottawa in 2013 with a BSc double majoring in Philosophy and Computer Science.

I am a relentless idea-haver and thus have a legion of side projects on the go, primarily adventures in code and writing. I've had a blog going on for a few years (the successor to numerous other failed blogs dating back to my first coding projects at 13) generally talking about computers, philosophy, and myself.

If you would like to get in touch feel free to send me an email, pop me a message on Twitter, or I guess get in touch on LinkedIn if you're into that kind of thing.